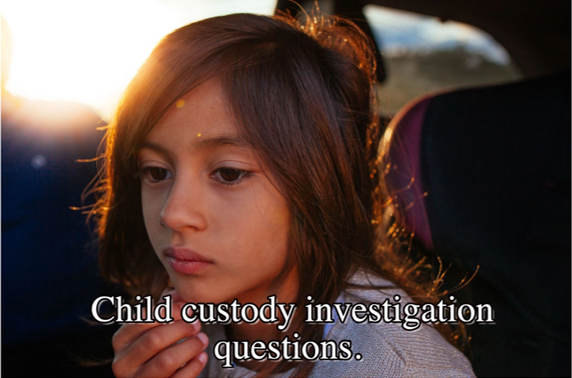 The Child Custody Investigator You Need to Win Your Case Call a Specialist Now 866.PRI.EYES (774.3937)

A child custody investigation is a serious matter that has important repercussions for the well-being of your children. Gary Pastor served as a Sworn Law Enforcement Officer for the Greenville (NC) Police Department and is a proud Marine Corps Veteran. Gary is a fully licensed Private Investigator and both his personal and business licenses were issued by the Private Protective Services Board (NCPPSB). He also serves as an armed Personal Protection Specialist (PPS) possessing his North Carolina Concealed Carry Permit and completing the North Carolina Private Protective Services Board (NCPPSB) Basic Armed Certification Course.

Gary has extensive experience in the practical application of laws pertaining to child custody such as child endangerment/child abuse, domestic violence, and juvenile law. Recognizing the gravity of such issues, Gary directly participates in and oversees all child custody investigations. The Pri eyes team is willing to do anything legally permissible to gather the evidence you need for your case, which, in turn, will be used by your attorney to succeed in your child custody motion before a North Carolina Family Court.

We Work Closely With Your Attorney During the Investigation

The facts provided during a child custody investigation will assist your attorney in any motions before the court. Relevant issues include:

Any information uncovered during an investigation can be used to substantiate allegations of child neglect and abuse, which can result in the non-offending parent obtaining full custody of the child.

During an investigation, the child custody investigators at Pri Eyes can uncover all manner of background information such as DUI charges, criminal records, and other relevant information through comprehensive background searches. Such background investigations will be done with the intention of preventing further child abuse, neglect, or endangerment.

Conduct your own Background check here

A child custody investigation examines the child’s well-being and treatment in an objective manner. A private investigator may assess the treatment of a child by the parents in question and present this information to the court with a report.

During a child custody investigation, the investigator at Pri Eyes may conduct surveillance to get a better idea of how the parent treats his or her child when he or she does not know about any monitoring going on. Specialists will document any instances of abuse or neglect by taking pictures or making audio or visual recordings of the parent interacting with the child. Some of the elements that we may try to include in his or her surveillance include reckless driving, criminal activity, gambling, drug abuse or other activities that may have a negative impact on the children. Additionally, we will look for any signs that the parent is not providing a safe and hygienic living space, food or necessities.

During a child custody investigation, it is important for the parent hiring the private investigator to understand the different types of child custody. Legal custody refers to the right to make legal decisions on behalf of the child. Physical custody refers to the parent with whom the child will live. Either type of custody may be sole or joint custody. Sole custody means that one parent has the primary role in the child’s life. Joint means that the parents share the responsibility of the type of custody that is at stake.

Contact a specialist Now for a Confidential No Cost Consultation 866.PRI.EYES (774.3937) – Corporate Office

Different Roles
A private investigator often plays many different roles in a child custody investigation, including the following:

A Child Custody private investigator of Pri Eyes may interview witnesses who may be involved in the child’s life, including neighbors, teachers, counselors, parents of friends and other individuals.

Another important role that a private investigator has is to find assets https://prieyes.com/service/due-diligence-investigations that may be hidden. If the private investigator can find evidence of this nature, the client can argue that the other parent is attempting to shirk his or her financial obligations to the child.

Before a specialist at Pri Eyes begins work on the project, he or she generally meets with the client to determine what type of information may be relevant to the case. For example, a parent may know that the other parent hires a babysitter during his or her scheduled time with the child. The person may want evidence that the other party has a romantic partner living with him or her and present during times with the children. Additionally, a private investigator may gather evidence of the parent’s drug or alcohol use when he or she is responsible for the children. In some situations, a private investigator may be able to show that the parent is neglecting or abusing the children.

In other situations, the parent may be concerned about what the other parent is doing during scheduled visits. He or she may be allowing the children to be up late at night and the child’s grades may suffer as a consequence. A Child Custody private investigator at Pri Eyes may take high quality pictures or video of the other parent. These pictures and videos are often taken in public places to avoid any privacy violation claims. Such locations may be in the front yard, park, grocery store or other locations where there is no expectation of privacy.

A private investigator may also check the criminal and personal background of the other parent and people that he or she has involved in the child’s life.

Reasons to Hire a Private Investigator

In other situations, a parent may be falsely accused of abuse or neglect and a private investigator will be able to show the falsity of such allegations.

Making and Screening Reports of Child Abuse and Neglect All 50 states, the District of Columbia, American Samoa, Guam, the Northern Mariana Islands, Puerto Rico, and the U.S. Virgin Islands have laws and policies that specify procedures for making and responding to reports of suspected child abuse or neglect. These laws require certain professionals, known as mandated reporters, to make an immediate report when they suspect or know of abusive or neglectful situations. (For more information about the requirements for these individuals to report, see Child Welfare Information Gateway’s Mandatory Reporters of Child Abuse and Neglect at https://www.childwelfare.gov State laws and policies also specify the required content of reports, criteria for screening reports, investigation procedures, timeframes for completing investigations, and classification of investigative findings. Many states also have special procedures for handling child fatalities and substance-exposed children.

Contact a specialist Now for a Confidential No Cost Consultation 866.PRI.EYES (774.3937) – Corporate Office 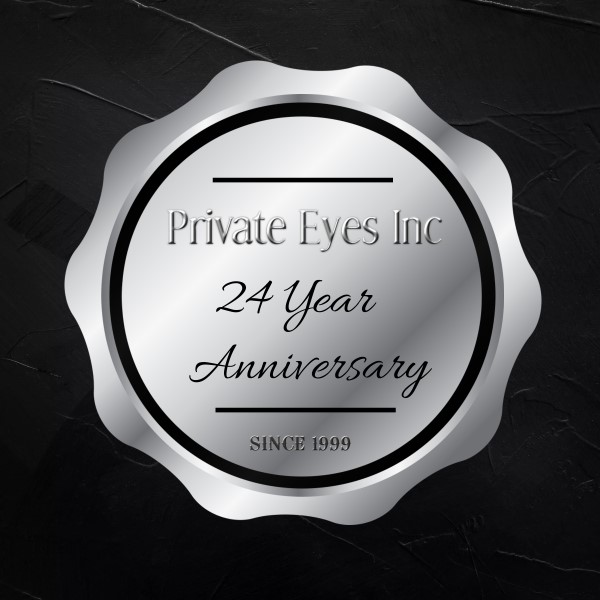